Sister to Caligula, wife of Claudius and mother of Nero

Walter Sutcliffe, Northern Ireland Opera’s artistic director, and his designer Jon Bausor’s inspired vision brings to life the humour, satire and egomania of one of opera’s most outrageous leading women. The youthful Handel packed Agrippina with the full range of his astonishing imagination, setting a libretto at once hilarious, moving and clever. Handel’s music is bursting with originality and fun, as well as carefully considered moments of eye-watering beauty.

When her husband, the Roman emperor Claudius (Claudio), is apparently drowned at sea, Agrippina plots for her son Nero (Nerone) to be his successor.

In fact, Claudius has been saved by Otho (Ottone) and the imminent coronation of Nero is abandoned.

Otho arrives and tells Agrippina that Claudius, in gratitude, has appointed him his successor. He also tells her that he is in love with Poppea.

Agrippina, aware that Claudius also loves Poppea, tells Poppea that Otho has agreed to give her to Claudius in return for the crown. She suggests to Poppea that by telling Claudius that Otho has refused Poppea access to him, the emperor will dismiss Otho from the throne.

Otho claims his reward from Claudius who denounces him as a traitor. He is then vilified by Agrippina, Poppea and Nero.

But Poppea begins to doubt his guilt, and eventually Otho convinces her of his innocence.

Agrippina then tells Claudius that Otho is plotting against him and persuades him to appoint Nero emperor.

Poppea explains to Claudius that whereas she once thought Otho had betrayed him, it was in fact Nero, whom she then reveals hiding behind a curtain in her room. Claudius dismisses his stepson, who informs his mother of Poppea's treachery.

Agrippina confronts Claudius, berates him for succumbing to Poppea's influence, and claims that Otho loves Poppea, thereby forcing Claudius to summon all three.

He orders Nero to marry Poppea and leaves the succession with Otho, who requests that he might forego the crown for Poppea's hand in marriage. Claudius agrees, and blesses Poppea and Otho's marriage. 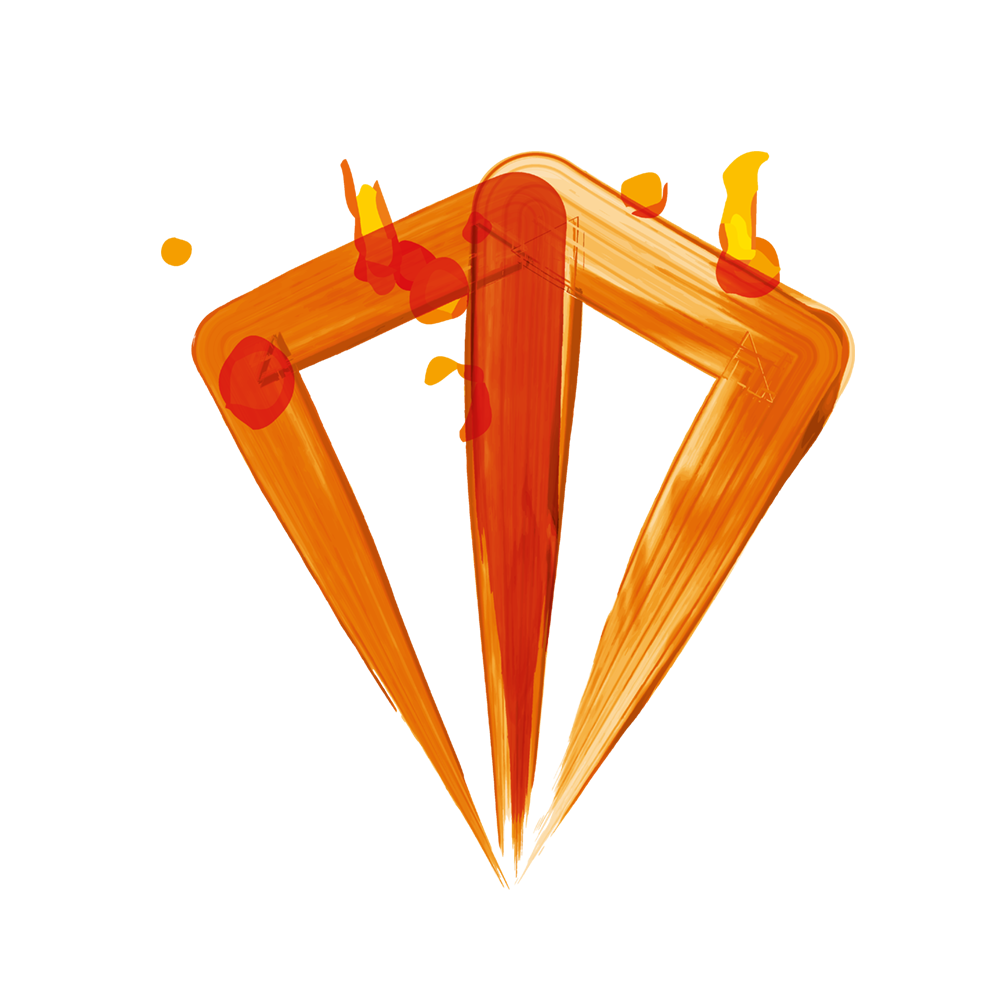 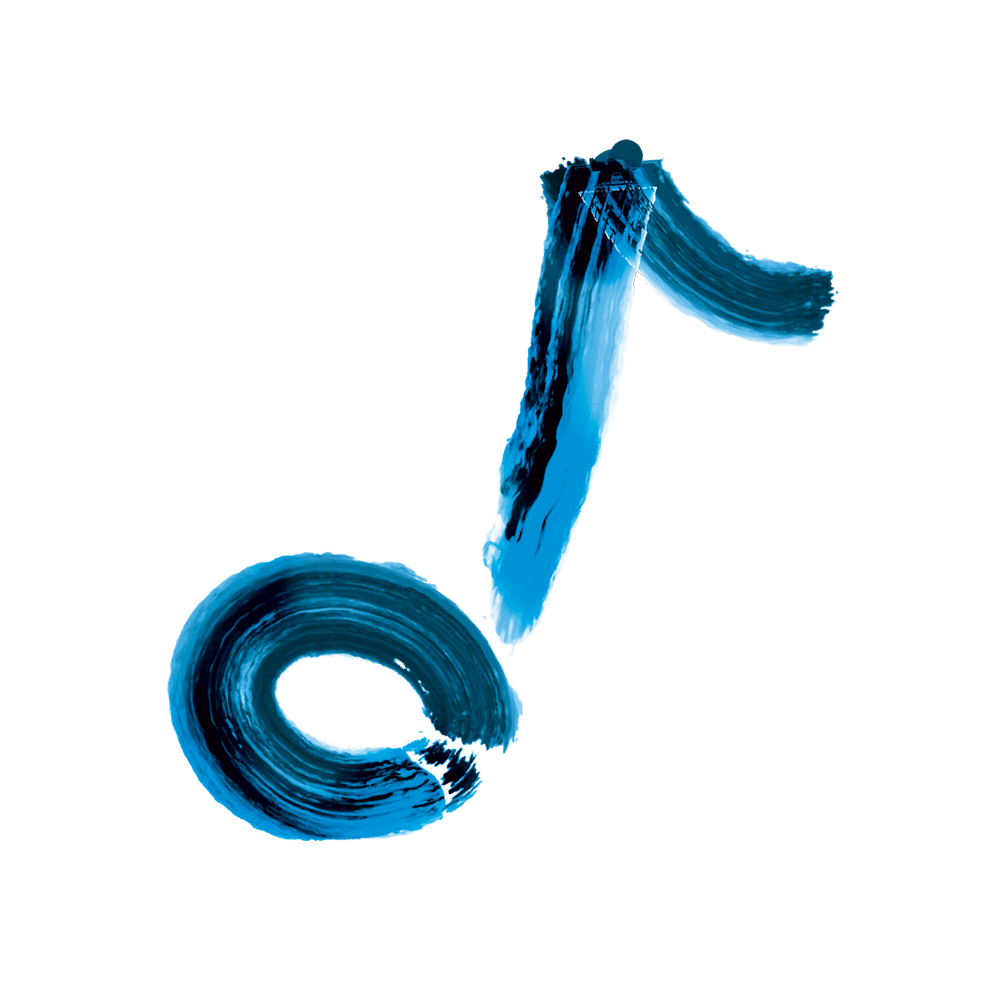 Our Festival Friends ensure the success of each festival and are essential to sustaining the high quality of opera at The Grange.

Robert Howarth read music at the University of York and is establishing a reputation an gifted director and conductor of early and classical repertoire.

Howarth’s opera engagements include Il ritorno d’Ulisse in patria for Opernhaus Zürich; Giulio Cesare and The Magid Flute for Opera North; Agrippina at The Grange Festival, The Fairy Queen in St Gallen, Haydn’s L’Isola Disabitata for the Norwegian Opera, L’Incoronazione di Poppea with the Academy of Ancient Music at The Barbican, London and in Venice and Dido and Aeneas with The English Concert at the Buxton Festival and Birmingham Opera Company. He has directed Il Ritorno d’Ulisse in Patria for Welsh National Opera, Birmingham Opera Company and English Touring Opera; Alcina for the Hamburg State Opera, Theater St Gallen and English Touring Opera, Monteverdi Ballo del Ingrate with Il Combattimento di Tancredi e Clorinda for the Birmingham Opera Company, Acis and Galatea with The Early Opera Company and Tolomeo for English Touring Opera as well as Charpentier La déscente d’Orphée aux enfers for Glyndebourne’s Jerwood Programme, Charpentier Actéon and Purcell King Arthur for the Dartington International Summer School.

His recent and future engagements include Il Ritorno d’Ulisse for Longborough Festival Opera and projects with the BBC Singers and His Majesty’s Sackbutts & Cornetts; Real Filharmonia de Galicia, Bournemouth Symphony Orchestra and The Grange Festival.

Michael Chance is Artistic Director of The Grange Festival. He has established a worldwide reputation as one of the foremost exponents of the male alto voice in all areas of the classical repertoire. His oratorio and recital performances have included Carnegie Hall, Concertgebouw, Musikverein, and Wigmore Hall with programmes ranging from Elizabethan lute songs to world premieres commissioned including works by Richard Rodney Bennett, Alexander Goehr, Tan Dun, Anthony Powers, John Tavener, and Elvis Costello .

He has an extensive discography, including many Bach and Monteverdi recordings with John Eliot Gardiner and Handel’s Semele for Deutsche Grammophon for which he received a Grammy Award. He was awarded the CBE in 2009.

British bass-baritone Ashley Riches read English at the University of Cambridge where he was a member of the King’s College Choir. He studied at the Guildhall School of Music and Drama and subsequently joined the Jette Parker Young Artist Programme at the Royal Opera House. This season he joins the BBC New Generation Artist scheme.

His operatic roles include Morales Carmen, Mandarin Turandot, Baron Douphol La Traviata and Officer Les Dialogues des Carmelites for the Royal Opera, Schaunard La Bohème and the Pirate King The Pirates of Penzance for ENO, The Fairy Queen with the Academy of Ancient Music, Apollo e Dafne with the Pannon Philharmonic, Israel in Egypt with the Scottish Chamber Orchestra and Christmas Oratorio on tour with the Orchestra of the Age of Enlightenment.

In concert, he has appeared with the Philharmonia Orchestra, Arcangelo, Gabrieli Consort, Berlin Philharmonic and Monteverdi Orchestra under some of the world’s finest conductors including Esa- Pekka Salonen, Robin Ticciati, Sir John Eliot Gardiner and Sir Roger Norrington.

Born in Italy, Raffaele Pe started his vocal and organ studies at the Lodi Cathedral where he was a chorister, working under Pietro Panzetti. He continued his training in London with Colin Baldy and became a member of the Monteverdi Choir’s Young Artists’ programme collaborating closely with Sir John Eliot Gardiner. He then perfected his skills with Fernando Cordeiro Opa in Bologna.

A leading artist in the baroque scene of the new generation, Raffaele Pe’s unique voice embraces a vast musical repertoire that extends from recitar cantando to contemporary works.

Recently, he has been awarded the “Premio Lirico Internazionale Tiberini d’Oro 2021” on the occasion of a gala concert streamed live at the Teatro Rossini di Pesaro.

Raffaele made his US debut at the Spoleto Festival USA, interpreting the leading male role of Delio in the world premiere in modern times of Cavalli’s Veremonda alongside Vivica Genaux. He debuted at La Fenice with Vivaldi’s Orlando furioso and at the Florence Opera with Vinci’s Didone abbandonata.

He is the first countertenor ever to be invited by the Verona Opera Festival where he performed Carl Orff’s Carmina Burana in the Arena di Verona.

One of today’s finest Handel interpreters, Raffaele has played some iconic roles from most of his works including the title role in Rinaldo in a Pier Luigi Pizzi/Federico Maria Sardelli production for the Maggio Musicale Fiorentino, the title role in Giulio Cesare for the Theater St. Gallen, Medoro (Orlando) in a Giovanni Antonini/Claus Guth production at the Theater an der Wien, Arsace (Berenice) at the Göttingen International Handel Festival, Nerone (Agrippina) at the Grange Festival, the title role in Arbace at the Halle Handel Festival, Disinganno (Il Trionfo del Tempo e del Disinganno) in Innsbruck, Versailles, Rouen, as well as Goffredo (Rinaldo) for Opera Lombardia. He performed Handel’s Messiah with Erwin Ortner at the Vienna Musikverein.

Among his most important past engagements are Nerone in Monteverdi’s Incoronazione di Poppea with Jean-Christophe Spinosi at the Buenos Aires Teatro Colón, the title role in the world premiere of the contemporary opera Hémon by Zad Moultaka for the Strasbourg Opéra du Rhin, Linceo in L’Ipermestra by Cavalli at the Glyndebourne Festival directed by Graham Vick; Oberon in A Midsummer Night’s Dream by Britten for Opera Lombardia; Ermione in Scarlatti’s Trionfo dell’onore at the Tokyo Fujiwara Opera and Festival della Valle d’Itria in Martina Franca, where he also embodied the role of Gualtiero in A. Scarlatti’s Griselda under George Petrou.

Under the direction of Jordi Savall, Raffaele Pe sang Bach’s Christmas Oratorio, his St. Matthew and St. Mark Passions as well as his Mass in B Minor at Versailles Royal Chapel, Paris Philharmonie, in Graz and Barcelona.

A prestigious recitalist, Raffaele has given a concert dedicated to Vivaldi alongside I Barocchisti and its founder Diego Fasolis at the Opéra de Lausanne.

For the label Glossa, Raffaele released the solo album “The Medici Castrato”, which he presented at the Bologna and MITO Festivals and in major European venues including the Berlin Philharmonie. His second solo album, “Giulio Cesare - A Baroque Hero” he recorded, also for Glossa, with his own Ensemble La Lira di Orfeo was Sunday Times’ “Album of the Week” and awarded the most prestigious Abbiati Prize.

Recent and future projects include the first modern representation of Orpheus (title role) by Nicola Porpora for the Theater an der Wien, Handel’s Tamerlano (title role) for the Grange Festival and Vivaldi’s Giustino (Anastasio) under George Petrou for the Drottningholm Opera Festival. Raffaele reunites with Jordi Savall for Bach’s Christmas Oratorio at the Graz Styriarte Festival and gives a recital at London Wigmore Hall.

Stefanie placed first in the London Handel Singing Competition. She studied voice with Catherine Robbin at York University (Toronto). She then went on to study at the Royal Conservatory in The Hague (Netherlands) with Barbara Pearson, Diane Forlano, Jill Feldman, and Michael Chance, where she completed her Masters in Early Music .

Christopher Ainslie started his singing career as a chorister in Cape Town and moved to London in 2005 to study at the Royal College of Music.

Ainslie has rapidly established himself as a leading interpreter of the countertenor repertoire, and is also active in exploring repertoire not usually associated with the voice-type. He has appeared at the Royal Opera House, Covent Garden, at Glyndebourne, English National Opera, Opéra de Lyon, and Central City Opera.

He previously sang Ottone Agrippina for the Göttingen Handel Festival. Other recent engagements include Unulfo Rodelinda for the Teatro Real, Athamas Semele at Garsington, Orfeo Orfeo ed Euridice for Opéra de Lyon and for Opéra National de Lorraine, and David Saul for Glyndebourne.

In 2017/18, he sings Giulio Cesare for English Touring Opera, Oberon at English National Opera, and appears with Les Musiciens du Louvre and Mark Minkowski, and with Philharmonie Zuidnederland.

Described as ​“ruling the stage” (Opera Magazine) in his debut as Pluto last season in English National Opera’s new production of Orpheus in the Underworld, British baritone Alex Otterburn delights audiences and critics alike with his bright tone and commanding stage presence. As an ENO Harewood Artist, Alex has appeared as Morales in Calixto Bieito’s production of Carmen conducted by Valentina Peleggi, and Squibby in the world premiere of Iain Bell’s Jack the Ripper: The Women of Whitehall, conducted by Martyn Brabbins. He returns this season in his debut as Ned Keene in David Alden’s production of Peter Grimes, conducted by Nicholas Collon.

Alex’s critically acclaimed debut as Eddy in Mark-Anthony Turnage’s Greek at the Edinburgh International Festival defined him as an exciting and important artist of the new generation, with further performances given in Glasgow for Scottish Opera and on tour to the Brooklyn Academy of Arts, marking his US operatic debut. Further successes have included Chip in Antony McDonald’s new production of On the Town at the Hyogo Performing Arts Centre and on tour in Tokyo, Harlequin in Ariadne auf Naxos for both Scottish Opera and Opera Holland Park, Pallante in Agrippina for The Grange Festival, and his company debut at Opera North as Cascada in The Merry Widow under Martin André.

Jonathan Best studied at St John’s College‚ Cambridge and at the Guildhall School of Music. He made his operatic debut in 1983 with Welsh National Opera‚ and has since sung with all the major British Opera companies and beyond.