Michael Chance on continuing opera in Hampshire: ‘good people like to work with good people’

Out of the blue comes a phone call. A freelance career is based on those to a certain extent. Certainly mine has been. But this one was a bit different. “Would you come and talk to us about the way forward?”. I soon learnt that what this actually meant was, “would you launch and run a new opera festival for us?”

Singers as a bunch are inveterate gossips and effortless complainers. The hierarchy of targets usually starts with the incompetence of their agents, then quickly the unpleasantness of a recent conductor or director, before inevitably slagging off successful colleagues. Oh, don’t we love to complain. So how am I going to make that leap from the one taking the call to the one making the call? And to be the other end of the brickbats.

How does one start?  No company, no name, no bank account, no charity number, no board of directors, no database, no team, no…well, not exactly nothing, but very little. But actually, as I saw it, the two most important ingredients were in place. A wonderful much-admired theatre, and a community of opera goers and local residents who loved going there and weren’t likely to stop. It was decided quickly that no year should be missed. The loyal audience would evaporate. I thought it essential that we should start full on, as it were, artistically adventurous and commercially cautious.

Even choosing the name took some effort and imagination, however obvious. It was essential that the title of our new festival should celebrate the place, the glorious secret arcadian valley in Hampshire embracing its Greek temple of a mansion (pictured above by Joe Low), like Gaia’s bosom enfolding Epidaurus. And the simple ‘Festival’ not only celebrates, it also allows for a range of possibilities.  But avoiding trade-name conflict with our predecessors, Grange Park Opera, was not straightforward. It continues to be a stumbling block and obfuscates audience loyalty and ticket-buying choice, for both parties. In our first season, we were happy to welcome quite a few who meant to go to Surrey and ended up in Hampshire.  We haven’t resorted to lawyers, who would be the only ones to gain from legal conflict. I am sure time will sort it out. We stage performances at The Grange in a Festival, and the name says it as it is.

Repertoire. The most important starting point for any opera house director, particularly those attached to English country houses. What have they done before, what worked artistically and commercially? What are the obvious gaps? What is that intimate yet flexible theatre crying out to stage? As a virgin in this decision-making territory, I was flirting instantly with the possibility of failure. But as the most successful theatrical impresario this country has ever known, Cameron Mackintosh, is claimed to say: ’“You never know what’s going to be a success”. I tenaciously hold on to that possibly unhelpful thought. My own operatic hinterland can never be called mainstream, although Handel and Monteverdi (and Britten) have all entered the core of many operatic seasons over the last 25 years, with huge success. So start with what you know, but keep the faithful. And don’t overspend before you’ve even started.  Balance, variety, a certain amount of title recognition for those who are easily put off, trust your well-honed instincts, but know that every choice will have to be defended passionately and knowledgeably.

I have been so lucky with wise advice from colleagues in the same position running supposedly rival operationsSo with each opera you match a conductor and a director who will then bring in his or her creative team of designers etc.  For my first season I had the rather scary task of persuading rather a lot of eminent people to commit a sizeable chunk of time and a lot of energy to a project that didn’t actually yet exist. I am frankly humbled that not one declined for that reason.  With the opera and the two key directorial choices in place, a cast needs to be assembled. Actually, the main singers may well be chosen before even the directors have been approached. This, like most businesses, is about the quality of the people. When the best are available, whoever they are, you grab them.

As a singer with quite a few decades on the international circuit behind me, casting as well as I possibly could was a bit easier. You start with the main roles and work through the list. As I said when first approached for this job, good people like to work with good people and be fairly rewarded and fairly treated. Generally speaking, you don’t need to pay excessively, except to a major international star at the height of his or her fame, when everybody in the business will be making the call. Opera, like sport has become, has always been star-led, with excesses of financial reward available to just a very few. These tendencies have both to be endured and resisted by employers. 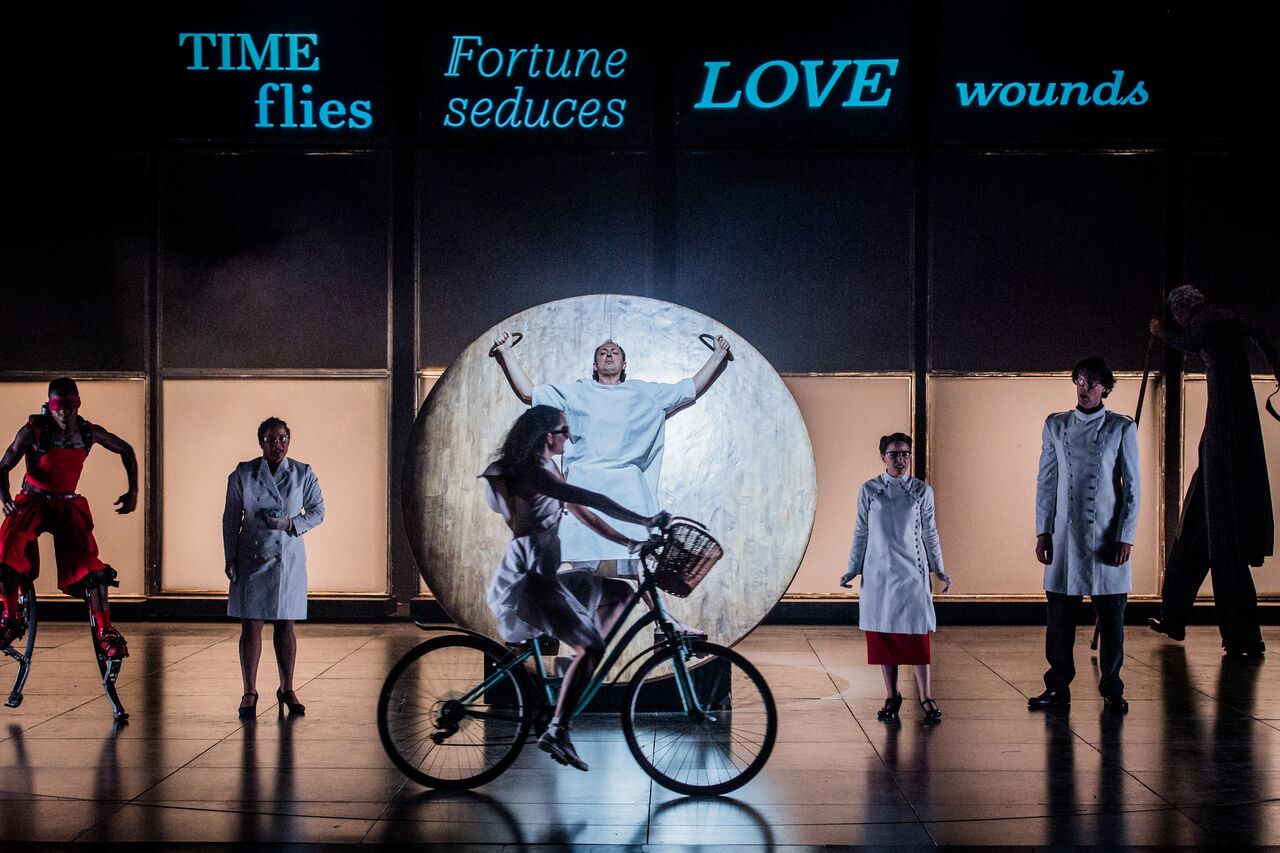 For my first season at The Grange Festival, I chose Monteverdi (scene from Il ritorno d’Ulisse pictured above by Robert Workman), Mozart, Bizet and Britten.  My decisions were based on cost, variety, quality, scale, and story, as well as answering the repertorial questions posed above.  I lost the Mozart the day we went public – welcome to arts management!  Sadly, Teodor Currentzis and Musica Aeterna had to cancel two performances of Così fan tutte. Hasty substitutions came in the not unexciting forms of a memorable Verdi Requiem and the effervescent John Wilson Orchestra.

And now the second festival approaches. The first night boasts not a singer, nor a conductor, nor an orchestra, and yet promises to be ground-breaking and electrifying. 22 dancers will lead the expectant Grange audience with a silver thread through modern dance and classical ballet. I would love to claim sole authorship of this, but all I had to do was not be obstructive. Wayne McGregor, Edward Watson (pictured below by Bill Cooper), the pianist Joanna Macgregor and a company of internationally acclaimed dancers will give us a programme of astonishing originality and substance. Many have passionately desired dance at The Grange for a long time.

A committee was quickly formed under the forceful and inspiring guidance of a legal star and Ms Fix-It, Louise Verrill. She knows everyone in British Dance and arranged for me to meet Wayne briefly before a performance in what must be the smallest backstage room at the Royal Opera House. His spirit and intellect and elegance shine powerfully and persuasively. His vision clearly has the capacity to elevate and inspire. This was immediately apparent to me. He didn’t seem to need a lot of persuading and where he leads the best follow. I can already feel the first tinglings of the communal surge of visceral vim pulsating through all of our veins on that opening night. 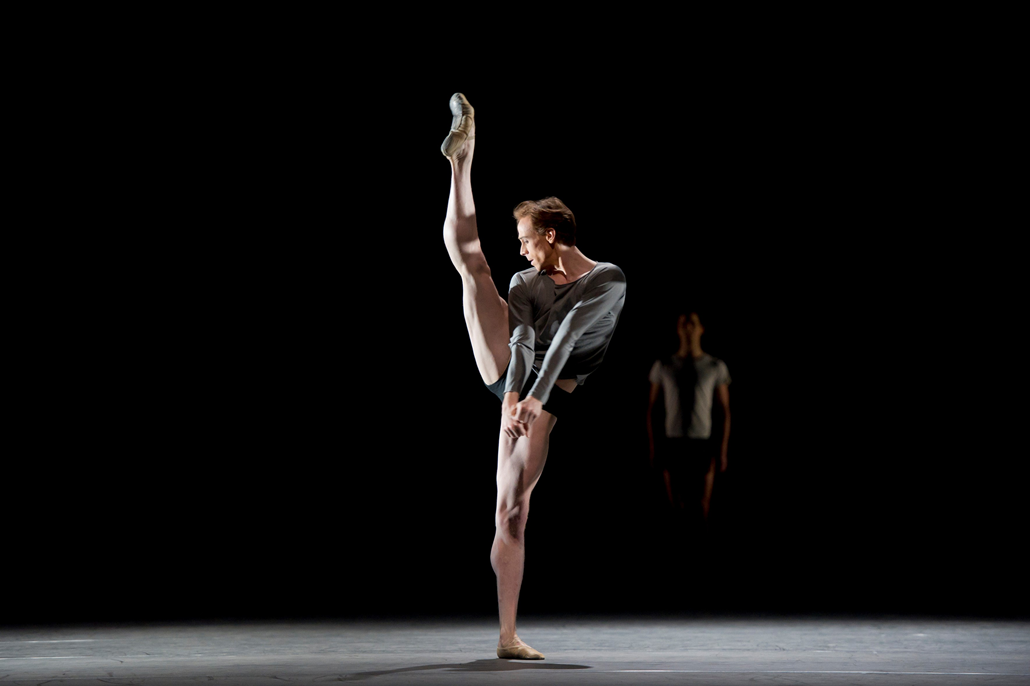 And the rest of the festival fare?  Here again, we had to be nimble. Several titles were partially cast and worked on before soundings amongst sponsors and core audience showed a temperature cooler than luke-warm for my choice.  Do I stick my neck out and fight for my own artistic identity and integrity or perform a lightning double de-clutch and get the doubting all instantly on side? I have been so lucky with wise advice from colleagues in the same position running supposedly rival operations. Title recognition is crucial, they all say. Every festival has to have at least one of these if not more, or box office armageddon beckons. I suppose there are about 10 to 20 operas which occasional opera-goers have heard of. The problem is, we English country-house opera festivals all happen at about the same time, and we would be foolish to duplicate titles.

So every year I have to avoid about 20, many of which will be mainstream. But I know that I never have to programme an opera which is not a masterpiece and which I don’t rate personally and don’t have a passionate relationship with. Well, at least I intend not to. There are more than enough great works to go round. So I end up with a Handel opera (Agrippina) I know intimately and which is a cracker (with probably the best Handelian libretto), a Mozart (Seraglio) which so many tell me is their secret favourite, and the best operatic comedy of them all (The Barber). And then there is the centenary. There is always a centenary (or bi- plus). But this one is really worth celebrating. In an age when fakery, humbug and dread all have the upper hand, Bernstein’s Candide is a glorious life-enhancing foil. Madly magnificent, it baits bombast and punctures pomposity, just like its two creators, Voltaire and Bernstein. I cannot wait. 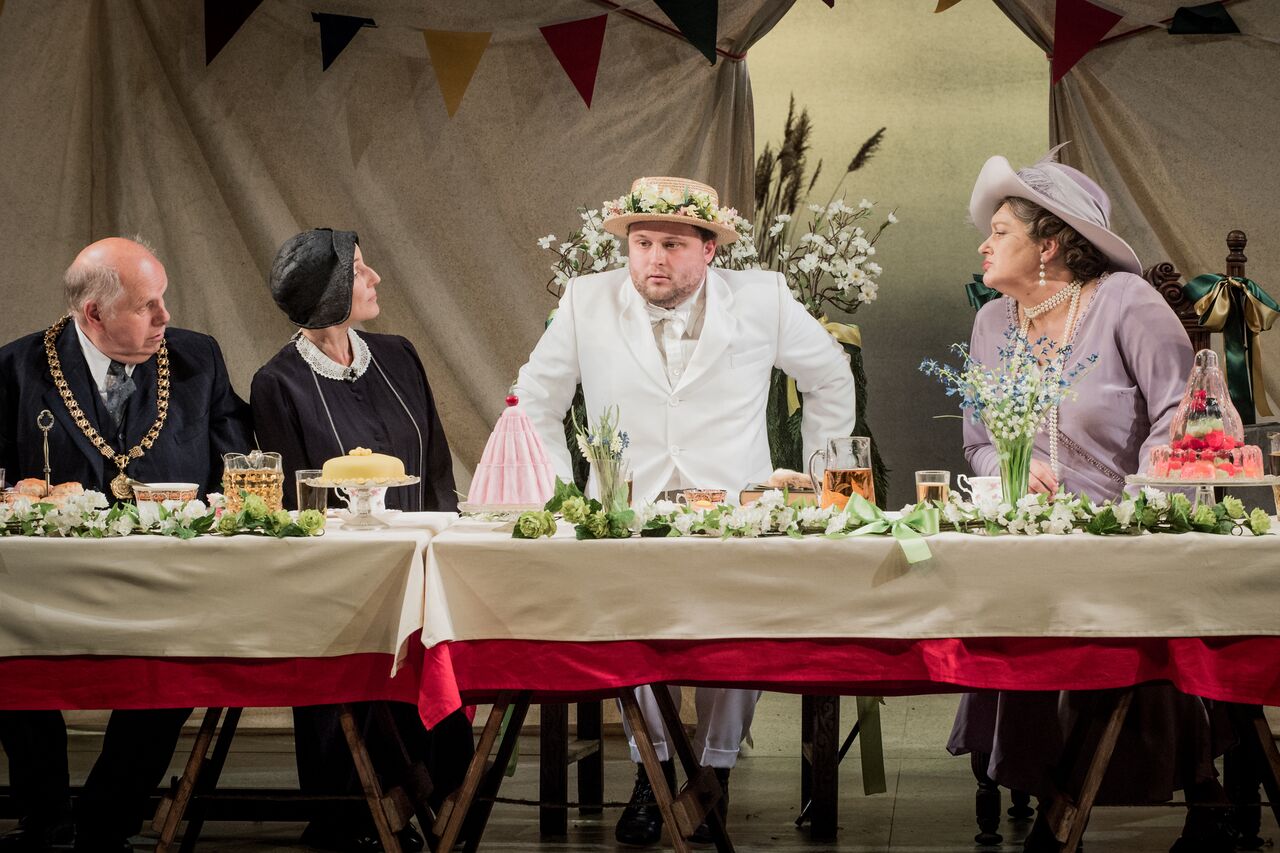 Some years ago, I flew to Berlin to meet a famous theatre director who was going to direct her first opera and wanted to check out the singer proposed for the lead role (i.e. me.).  I waited for her in the foyer of the Schaubühne, where she was theIntendant. I was reading Uncle Vanya prior to seeing her production there in German the same evening. Deep in the text I was alerted by a throaty and accusatory “What on earth are you doing?”. “Reading a book,” I ventured, somewhat startled. “Well yes, that is obvious, but why?’ And before I could reply came the rejoinder: “Singers don’t read”. We became good friends. She was and is Andrea Breth, now a distinguished opera director as well as Director of Vienna’s Volksteater.

The point is that her perception of singers was that we are unintellectual. I like to think she is wrong. I think she knows now. I claim no great weight in that area myself, but I am thrilled to be charged with making artistic choices, and, in particular, giving work to so many who only need the opportunity to show what amazing things they can do. The Grange is a particularly good arena for this, and I urge you to come and see for yourself what extraordinary work it nurtures.

As I write I receive the gladdening news that our production of Britten’s Albert Herring (pictured above by Robert Workman), from our first Festival in 2017, has been short-listed to be the best opera of the year by South Bank Sky Arts Awards. It sold the least well and was the best received. There, in a nutshell, is my challenge as Artistic Director of The Grange Festival.

Share:
Back to news
©The Grange Festival 2020 Scroll to top Designed by exSite